Barnaby has featured in the media on many occasions, sharing his story of resilence. Here are a few of those snippets… 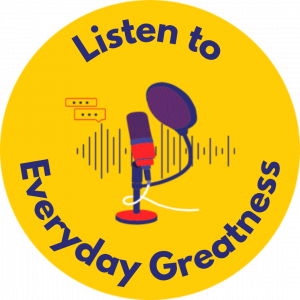 “Howarth retires on a high”

“Howarth retires on a high”Hornsby Advocate “Local hero pulls through to pull on the boots again.”

“Local hero pulls through to pull on the boots again”The...

Getting knocked down is no excuse to stop trying.

Getting knocked down is no excuse to stop tryingJuvenile... Conversations with Richard FidlerBarnaby was in his...

TV IV Barnaby serves as a deacon in the Coptic Orthodox Church – a role he never would have thought he’d be privileged with in his former life as a non practicing Anglican. He was baptised in the Coptic Church 2 months before he and his wife were married.

TV IV Barnaby serves as a deacon in the Coptic Orthodox Church – a role he never would have thought he’d be privileged with in his former life as a non practicing Anglican. He was baptised in the Coptic Church 2 months before he and his wife were married.

TV IV -Diagnosed with diabetes at 14 -Played for Sydney Swans at 18 -Bashed in alcohol fueled gang attack & had stroke at 25 -Played 100th AFL game at 32 -Climbed Mt Kilimanjaro at 33 -Married at 35 -Walked Kokoda Track at 36 -Lost wife to breast cancer at 36.

Interview ahead of booklaunch

TV IV ABC News 24 interview with Joe O’Brien ahead of launch of biography at the SCG.

Who we all are and how much resilience we have inside us will be determined by the accumulation of all of the small goodness we receive from and put back into the world over a long period of time.

Playing in the Puddles

He has teamed up with author Julie Lewthwaite to write his biography – the story of a man who loved the life he was living so much, that being diagnosed with diabetes at 14 then having a stroke at 25 couldn’t knock him off the path he wanted to walk. When Barnaby was 10, he wanted to be somebody – he didn’t think a “normal” life was good enough. Even when he was diagnosed with type 1 diabetes at 14, his ambitions didn’t change. Then when he was 18, he was drafted into the AFL by the Sydney Swans, and thought this was at the start of his journey to becoming a somebody.

When he was 25, he was out having a drink with some friends, and one of those mates made one bad decision and Barnaby was king hit from behind then kicked in the head while he was lying on the ground unconscious. 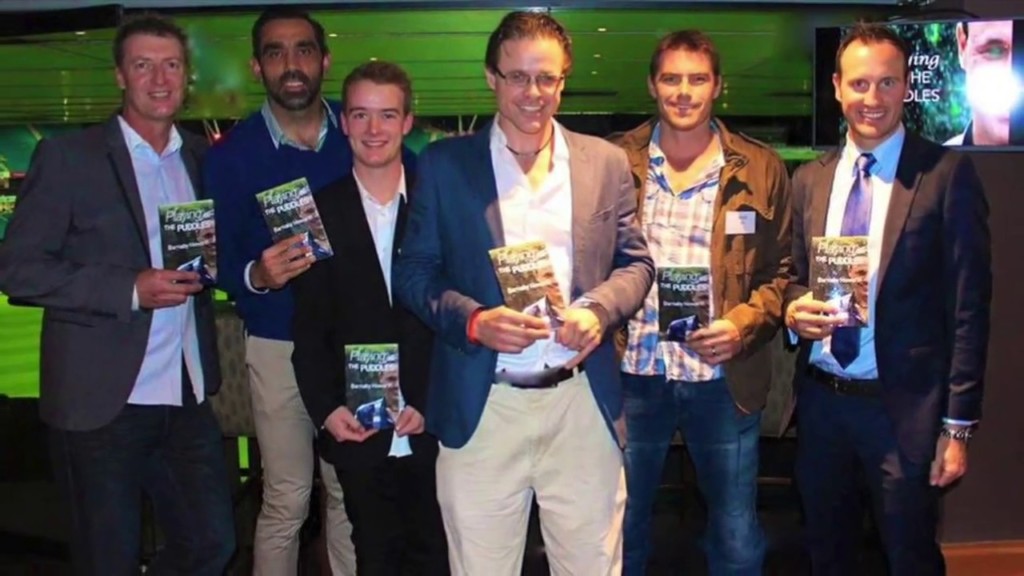 A week later, Barnaby had a stroke and was placed on life-support that his parents were told they might have to switch off, and his family and friends were told to come and say goodbye.

When he came out of his coma four days later, he was in a world of uncertainty – would he ever get a job again? Would he drive a car? Would he meet a girl and get married? He now realised a “normal” life wasn’t only good enough, it was something to be proud of. When he was back on his feet, he went back to his “normal” life – he graduated from University with a diploma in journalism and had his autobiography published, then he set his sights higher – he went to Africa and filmed, narrated, edited and directed a documentary, climbed Mt Kilimanjaro and filmed another documentary on that trip, then made an AFL comeback so he could reach his 100th game for his local club (he was on 96 games when he had the stroke). Later that year he was inducted into the Sydney AFL Hall of Fame, and is now proud to be living a “normal” life again. He got his drivers’ licence back, has been wakeboarding with his mates, and married the girl of his dreams.

This book tells the story of a man who is proud to be living a normal life.

buy playing in the puddles

Invite Barnaby to Your Upcoming Event

Life is generally awesome if we’re only equipped with resiliency and a positive outlook on life. Talk to Barnaby today if you need a resilience speaker.